We can speak Vietnamese and Spanish! 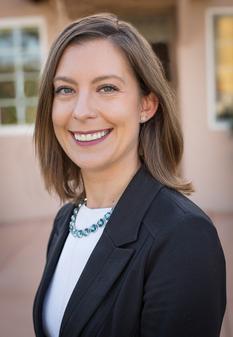 Yolanda Barajas joined the Law Offices of Lien T. Tram in July 2016. Yolanda’s strong work ethic and passion to help others makes her a great asset to our office.

She was born and raised in Fallbrook, CA, and moved to Fresno in 2006. In Fresno, she worked for one of the Central Valley’s largest farming companies for eight years. While there, Yolanda grew within the company, first working as an office secretary, and ultimately promoted to compliance auditor. In this position, she provided first aid to the field workers, transported them to medical facilities for treatment, and served as translator for the field workers when needed. Yolanda also trained field bosses and other employees on CPR, first aid, and heat illness prevention.

Yolanda was persuaded to pursue a college education by the employees she served and worked so passionately to keep healthy and protected. “Everyone wanted me to go back to school and get out of the field,” Yolanda says. Her experience motivated her to pursue paralegal school, as she saw how some field workers were treated unfairly. “I wanted to speak for people who couldn’t speak for themselves.”

In 2012, Yolanda completed her paralegal program. She finds her work as a paralegal most rewarding because her work helps bring relief to those who need it. Yolanda’s future goals include returning to college to complete a degree in Business. She would also like to become a certified Spanish translator.

Yolanda returned to Fallbrook to be closer to her family, to include her two nephews. She loves to read, enjoys going to the movies with her family, and traveling throughout California. 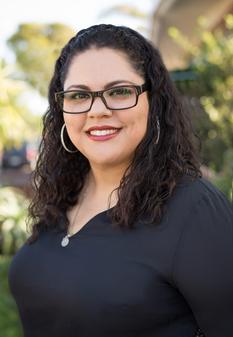 Jaclynn Leonard is a founding member of the Law Offices of Lien Tram having started in January of 2009. Born and raised in Palm Springs, CA, Jaclynn moved to San Diego County in 2007 for college. She is the oldest of seven children in her family. As a child, she loved investigating and researching to get to the bottom of things as well as grow her understanding of the world, a quality that has now served her well in the legal field.

In 2009, Jaclynn graduated from Cal State San Marcos with a degree in Literature and Writing Studies and received a Certificate in Paralegal Studies in 2010. She left the law office in 2012 to pursue a Masters of Fine Arts degree in Creative Writing from Cal State San Bernardino. She also holds a teaching credential in Urban Education from Loyola Marymount University. From 2013 to 2015, Jaclynn taught high school English and Leadership in Los Angeles. She returned to the Law Offices of Lien Tram in late 2015, resuming her role as a paralegal for Lien Tram.

Now that Jaclynn has returned to San Diego, she cannot imagining living anywhere else. An avid fan of the outdoors, she enjoys hiking, cooking, gardening, and traveling as much as possible with her husband, family and friends.